Making of the Wooden Box

The five thousand special edition CD cases created for the release of My Favourite Faded Fantasy were produced by a Dublin based design company called Carve. They used waste off-cuts from their other projects to create the beautiful cases while also saving wood from the scrap heap.

The wooden box edition is available to order here and a more detailed look at the beautiful cases can be seen in the video below.

Damien’s show in Chicago has been rescheduled to November 14 at The Vic. All original tickets for the Athenaeum Theatre will be valid.

Damien’s show in Toronto has been rescheduled to November 18 at The Danforth Music Hall. All original tickets will be valid. For anyone unable to attend, please contact the company you purchased your tickets from for a refund.

I Don’t Want To Change You Official Video

Watch the official music video for Damien's new single, 'I Don't Want To Change You' below. Stream the entire track in full here.

Due to a sustained ear infection, I'm sorry to say that I am forced to reschedule tonight's show in Toronto. I would like to apologise to everyone who attended the Chicago show last night and I will be rescheduling this show also. News of rescheduled dates will follow shortly to official ticket holders.

Two new dates have been added to Damien's upcoming tour in New York and Montreal on November 15 and 21, respectively. Presale tickets for both shows go on sale Friday, October 3 at 12pm EDT through Ticketmaster.

To receive a personalised presale code, please join the mailing list and it will be included in your confirmation email. If you are already a subscriber, your code will be sent to you today.

More information on all of Damien's upcoming tour dates can be found on the Tour page.

I Don’t Want To Change You Teaser Video

Watch a teaser clip of the forthcoming music video for Damien's new single, 'I Don't Want To Change You' below. Stream the entire track in full here.

Damien will be performing live in North America, Europe, the UK and Ireland later in the year. To see all of the newly announced shows, please visit the tour page. Tickets go on sale Friday, September 19. 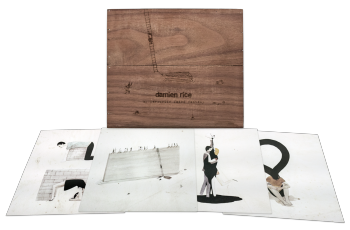 5000 hand-crafted wooden CD boxes have been designed by Carve, a Dublin based company. The boxes are numbered and were created using off-cuts of wood, that would have otherwise ended up in the scrap heap. They are finished with a special resin mix and natural beeswax, while being very careful to retain the raw beauty of the wood.

Watch a teaser for My Favourite Faded Fantasy below. You can get the full version of this track if you pre-order the album on iTunes or through damienrice.com. 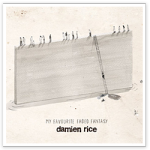 It's been eight years and it's finally here. Damien's third studio album, My Favourite Faded Fantasy, produced by Rick Rubin and Damien, is available to pre-order now through damienrice.com, iTunes and Amazon.
read more »
« Previous 1 … 15 16 17