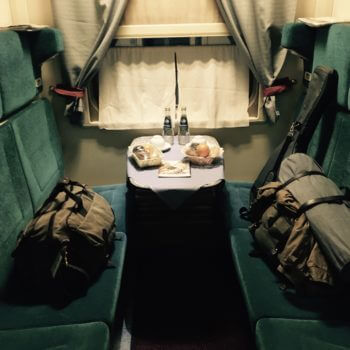 Spasiba St. Petersburg & Moscow. Just boarded the Trans-Siberian Railway to Vladivostok on the other side of Russia. Oceans of time to write crossing this massive land mass!

Snoozing on the Train from St. Petersburg to Moscow

Snoozing on the train from St. Petersburg to Moscow. Damien will be playing Evening Urgant TV show 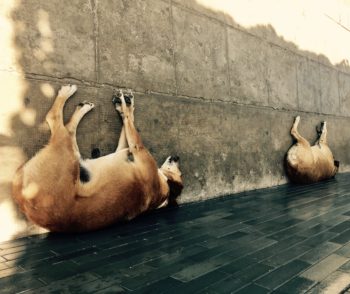 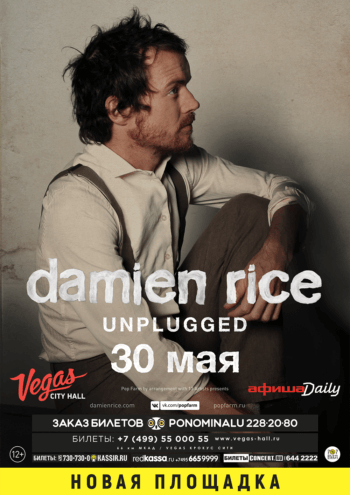 Due to high demand for tickets for Damien’s unplugged concert in Moscow 30th May, the show is rescheduled to a new venue of bigger capacity – Vegas City Hall. With this new venue, more tickets are available here: https://ponominalu.ru/event/damien-rice

All purchased tickets are to be exchanged - Ticket agencies you purchased your tickets from will contact you starting today, 10th May, and will let you know on the details re the exchange options / advise on the exchange process. In case you have any questions please contact info@popfarm.ru or Facebook (https://www.facebook.com/PopFarmMoscow/) We apologize for any possible inconveniences caused by the change of the venue and look forward to seeing you at the show. 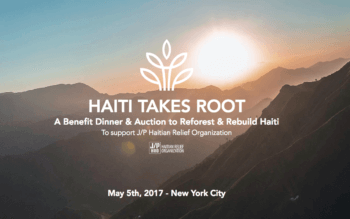 Damien will be playing a few songs for the #HaitiTakesRoot benefit with J/P Haitian Relief Organization. J/P HRO is dedicated to providing long-term support for the people of Haiti and empowering the Haitian community to build sustainable programs. www.haititakesrootauction.com Please note that this is a benefit with the purposes of raising as much as possible for this cause and prices reflect this goal. 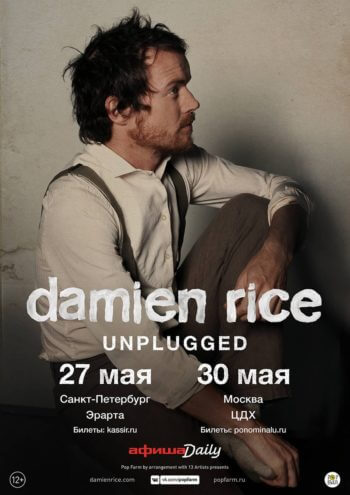 Damien is coming to Russia to perform two unplugged concerts in St. Petersburg and Moscow.

Tickets are on sale now: 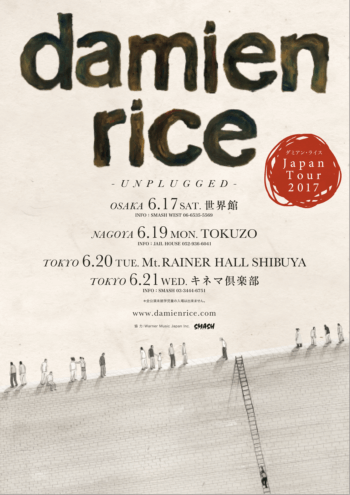 Damien will be performing a series of unplugged concerts in Japan this June. Pre sale begins April 11th, tickets on sale April 22nd. 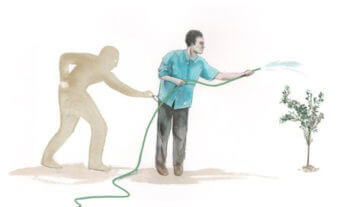 Market Ticket Sellers, We organised the concert in Naples on May 19th as a charity event. We are donating all profits towards planting trees on Mount Olivella, Sapri. We ask you to stop reselling tickets on your website for financial profit. All profits for this event are intended to go to nature.

Dear Ticket Buyer, This concert is sold out. Please do not buy over-priced tickets from viagogo. There will be another Damien Rice concert in Naples another time. Damien Rice & Escif 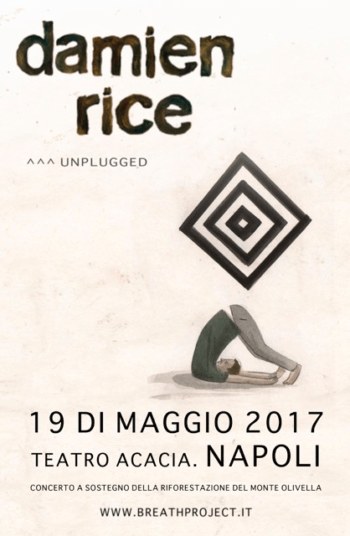 Damien Rice is joining Spanish street artist, Escif, to mark the opening of “Breath Project” on May 19th at Teatro Acacia. Tickets to “Breath Project” go on sale Wednesday, February 15th at 11:00am CET [link:www.breathproject.it].

Damien Rice will be performing for the first time in Napoli for a concert focused on uniting people together to mark the opening of Escif's project to create a living battery on the side of a barren mountain, Mount Olivella. Ticket sales from the concert, as well as a crowdfunding will directly go towards the financial development of “Breath Project.”

"Breath Project” is striving to revive Mount Olivella, a 1000 mt. high mountain that suffered partial deforestation with side effects causing flooding in the surrounding areas. The installation will include the planting of 5,000 trees on the mountain. Escif’s vision is creating a huge organic drawing of a battery, symbolizing the renewing and regenerating of itself. From sea to surrounding towns, the visibility of the project will show seasonal cycles  expressed through the changing colors and the presence or absence of leaves. It is a reminder to all that nature, just as phone batteries, needs recharging in order to function properly.

Damien and Escif have collaborated in the past to create the drawings used in the cover and booklet of Damien’s latest album, "My Favourite Faded Fantasy.”

This past October, Damien took part in Michelberger Music, a special event where those invited participate in an independent, artist–driven, commercial–free collaborative musical gathering at the Michelberger Hotel and Funkhaus in Berlin.

Everyone only saw a fraction of what was happening simultaneously at Michelberger Music.

Thanks to a team of camera & recording people, some moment have been captured to share with others. See below for videos featuring Damien:

Back To Her Man (Homage to Leonard Cohen):

Head over to People Radio (link: Peoplerad.io), a direct link to the music of the fall week and all the music to come out of what has been started. It's a constant stream of music by all the artists involved in at Michelberger Music from the rehearsal, the jam sessions, and the shows... no skipping, like an eternal sound carpet. 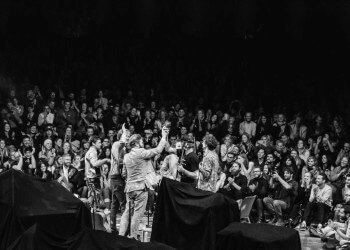 “Canciones de Cuna” is the first album produced by the nonprofit organization Casa de la Cultura de la Calle. The organization, created by Gastón Pauls in 2004, provides vulnerable children with activities and art workshops such as theatre, music and visual arts. The album contains 17 songs co-written by children aged 7 to 21 who took part in the artistic proposals provided to them by the organization.

“The proposal was to write texts, songs, ideas and tales related to their dreams, the songs they remember being sung to them and those they would like to sing to their own children. Something simple, something short, a lullaby”, explains Nicolas Pauls, executive producer of the CD.

Damien was honored to be a part of the project, helping bring to life a poem called “Look At Me” by a young mother in Argentina named Nayeli A-Z.

Nayeli A-Z was 16 years old and lived together with her little son in the Eva Duarte Home of the City of Buenos Aires, Argentina. It was there that she began to participate in the Workshops of Artistic Expression, Theater and Music at Casa de la Cultura de la Calle.

In 2009, the NGO invited all the children and young people participating in its Art Workshops to write about what they felt or what they would like to hear when they went to sleep. All of the lyrics were presented to a group of Argentine and international musicians summoned by Nicolás and Gastón Pauls to help create an album of Lullabies.

Two of Nayeli A-Z's poems would go on to be transformed into songs: "No me llore tanto", chosen by Ricardo Mollo and "Look at me", selected by Fito Páez and Damien Rice.

For Nayeli A-Z, writing is a necessary expression that has accompanied her since the age of 9. To this day, she continues participating in the Projects of House of the Culture of the Street as a collaborator and author.

The album was first released in 2011 and is now available digitally: