Recording in Reykjavík. Heading home to Ireland for the holidays to join Glen Hansard & friends for some music to help the homeless. Last night Home Sweet Home Ireland took over an empty government building (Apollo House, Poolbeg St) to give homeless people shelter

An homage to Leonard Cohen

No words feel right to describe what may happen in Berlin in October. Perhaps because we have no idea what will happen. 2 days, 80 artists. Honoured to be part of the experiment. Yesterday we spent the day brainstorming at Funkhaus with the Michelbergers. http://michelbergermusic.com

Thank you Soest, Cruilla Festival, and Cactus Festival! Also a massive congratulations to Portugal for winning the Euro Cup. Thank you for the wild street party in Porto last night! 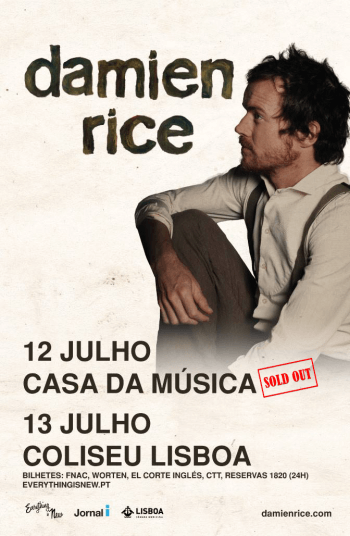 Damien’s 3 July concert in Latvia is now sold out. Tickets for 4 July in Lithuania are 95% sold out – so just a few last tickets left remaining. Tickets available here: bit.ly/296do3w